Department of Materials Science and Engineering
Chair of Polymer Materials

The principle of a melt spinning plant is shown schematically in the figure. The polymer is melted in an extruder and then distributed over a plurality of holes (here 1, variable number possible). After exiting the nozzles, a laterally injected, variable cooling air ensures rapid cooling of the fibers in the spinning shaft. Subsequently, the fibers are oriented by aerodynamic stretching in the longitudinal direction. The fibers are swirled after stretching and randomly placed on a sieve belt. Subsequent calendering in a continuous process is optionally possible to produce true-to-scale industrial nonwovens. In addition, nonwovens with different patterns can be produced in the discontinuous process. 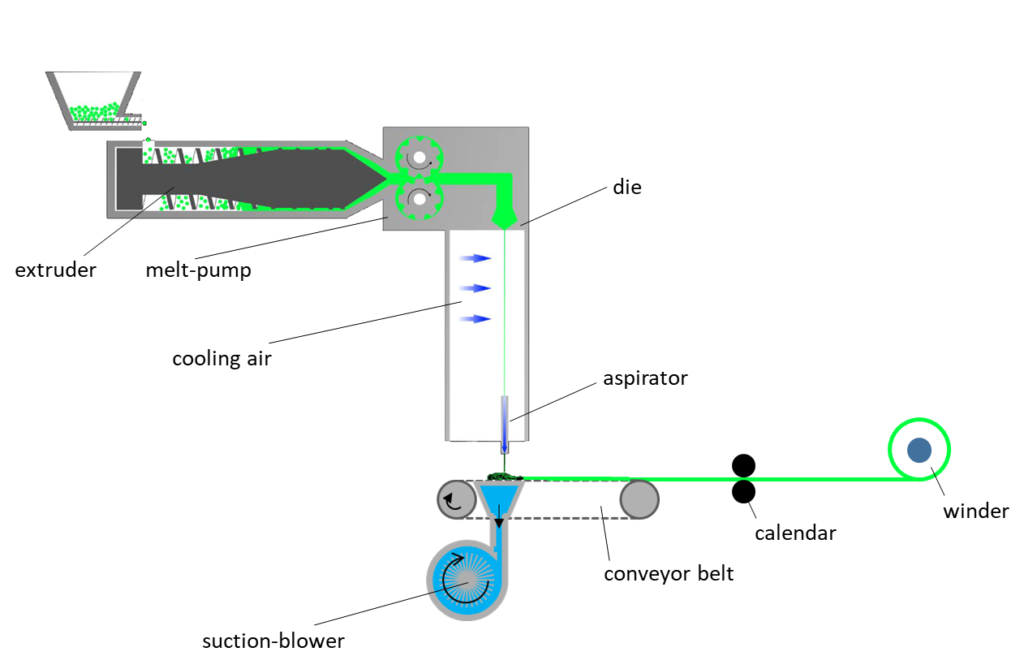 Another possibility is the mechanical stretching, in which the fibers are wound up with or without godets. The mentioned fibers are only partially stretched during this process, therefore this is mainly used for multi-stage, textile production processes.

The area of ​​competence of the materials already used for fiber production comprises polyamide, polyester, and polyethylene terephthalate (PET), as well as thermoplastic polyurethane (TPU), polyethylene and polypropylene. The latter are also used in nonwoven production.